Vegetarians have been around for decades, but in recent times customers are ditching animal products all together. When veganism began to take over kitchens, chefs asked the question – how long until this trend is over? While time continues to quickly pass, the vegan boom has proven this isn’t a trend that will come and go, in fact, it’s a way of life that many millions now follow.

Don’t believe us? Recent studies by Roy Morgan show that over 12% of the population follow diets that don’t contain any animal products. That’s 2.5 million Aussies, an increase from 2.2 million back in 2014. This is echoed by Google Trends, which shows that over a five-year period Aussies topped the global list for the most searches for the keyword “vegan”.

And while these figures continue to grow, Australia is positioned as the third fasted growing global vegan market, following the United Arab Emirates and China. Research firm Euromonitor International also predicts our packaged vegan food market will be worth $215 million by next year (2020) – proving there is really no going back from this trend and it’s here to stay. Jane Barnett, Head of Insights South Asian Pacific at Mintel backs the claim, explaining there’s been a 9.6% growth on new products that carry a vegan claim in Australia this year, up from 5.9% in 2016.

Along with the increase in these products, more Aussies than ever before are drinking non-dairy milk, with soy and almond milk production growing at a rapid pace. The alternative milk industry, including rice and coconut milk, is reportedly now estimated to be worth $158.3 million, according to SBS.

So, when it comes to vegan foods, a vast range of styles and tastes are covered. These days, businesses are producing vegan alternative foods, such as meats, desserts and beverages to ensure they are keeping up with the growing demand from customers while remaining relevant.

PETA spokesperson Emily Rice tells the ABC: "People can now adopt a vegan alternative like vegan mince. [Its] texture is the same, the taste is the same but what's missing is it didn't take a life and it's taken much less water to produce.”

From vegan stir fry, pasta and curry to sushi, pizza, burgers, ice cream and pies, the availability of vegan options are now endless. Mainstream restaurants and fast food chains are also following the vegan movement by offering a range of options for consumers across their already established menus. Domino’s Pizza offer customers vegan cheese and garlic bread, while Grill’d, Nando’s and Hungry Jacks have vegan patties on their menus to help provide customers with a burger-like experience. At Mad Mex customers have the option of the Veggie Rancheros (sautéed tofu and vegetables) and the Poco Diablo Spicy Vegan (a burrito that uses 100% Not Chicken and vegan cheese). And most recently, KFC announced they will start selling vegan chicken.

Along with mainstream venues beginning to serve non-animal dishes, sole vegan venues are also popping up across the country. According to Happy Cow – a renowned vegan resource – there are currently 5,439 venues across Australia that offer nothing but vegan and plant-based foods. 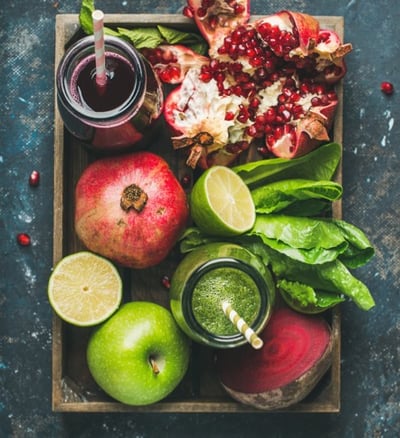 With more and more vegan specialised restaurants and cafes popping up at a rapid rate and as food manufacturers invest in plant-based products, it’s safe to say veganism is a trend that will stand the test of time. So, now is the time to research, start playing in the kitchen and uncover ways you can cater to the 12% of Aussies who identify themselves as vegan. If you don’t, you might be excluding a large target audience from your venue. Make the change now – remember, you don’t need a whole vegan menu, but having a couple of options is better than none.

To help you keep up with the vegan movement, we have developed a vegan ice cream – yep, you read that right. Our new Avocado & Lime and Cacao & Raspberry are 100% vegan and are available now for purchase. Reach out to us now for more information.