Veganise your menu - 4 dessert classics you can turn vegan

Desserts are an important part of every venue. No matter if it’s a menu with endless options or a simple fridge filled with a handful of sweets – it all counts. But as more Aussies continue to change their eating habits and move towards a vegan lifestyle, chefs and venue owners are beginning to search for ways they can provide the sweet experience while still managing dietary requirements.

When it comes to vegan desserts, it’s simple – they must contain no animal products, including egg and dairy. Some easy-to-use dairy alternatives include coconut cream, almond milk, rice and oat milk, as well as soy milk. Whereas instead of eggs, bananas, flaxseeds or chia seeds, aquafaba or peanut butter can be used. You can basically veganise any dessert, by just swapping these sorts of ingredients.

Due to ingredient substitution, vegan desserts tend to have the perception of being flavourless. But in fact, they can still look and taste as delicious as your customers first imagined, before the vegan label was slapped on. To help you veganise your dessert menu, we’ve found four classic menu favourites that can be turned into a vegan dream. 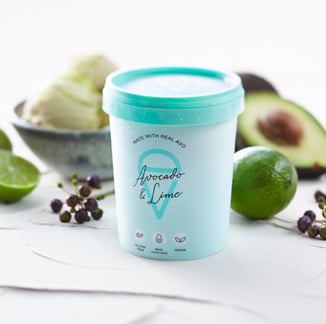 DELICIOUS DAIRY FREE ICE CREAMS ARE HERE
Ice cream is known for its creaminess, so imagine being able to offer your customers a vegan option that still provides the same experience. While sorbet options are the most traditional vegan icy treat, smooth vegan ice creams are now becoming easily accessible. Avocado & lime ice cream has grown in popularity with the treat being made with real avocado, lime and organic coconut cream that gives the dessert the same smooth, creamy texture as real ice cream. Then there’s a chocolatey offering with the Cacao & raspberry combo. The smooth and indulgent dessert is created using coconut cream and rich cacao that is highlighted with the inclusion of real raspberry coulis.

If you are searching for a more classic ice cream treat, bulk vegan vanilla ice creamis also available within the hospitality market. The creamy, delicious product is made from organic coconut cream with a hint of vanilla for a rich flavour. This scoop tailor make for hospitality, perfect for smoothies, shakes or even placed on the side of a dessert, whether it be a vegan brownie or cake.

Over at Girls & Boys Fitzroy in Victoria, they offer their growing clientele vegan chocolate and caramel sundaes that promise to deliver the same fun, tasty experience as the original. They’re made with a choice of dairy-free gelato or sorbet, then topped with a chocolate or caramel sauce, mixed nuts and chunks of chocolate fudge or caramel fudge. While at Girdlers, customers are treated to the classic chocolate or vanilla mud cake, served with fresh berries, vanilla coconut ice cream and blueberry coconut reduction – and yep, it’s completely vegan!

GOOEY, CHOCOLATEY BROWNIES (BUT WITH VEGETABLES)
The classic chocolate brownie is on every dessert menu, across a range of venue styles and types. Whether it’s a five-star restaurant, café or local bakery, a trusted brownie can always be found. So, why let your vegan customers miss out on all the chocolatey fun? Chefs across the country are beginning to turn the old-school delight into a vegan fantasy-turned-reality thanks to the substitution of animal products. While there are a number of ways brownies can be turned into a vegan option, the most common alternatives involve sweet potato, pumpkin, zucchini or bananas. Yep, you read that right, it comes down to adding fruit and veg. Some may include sweet potato in their recipe to help the brownie remain grain free, without losing its texture or taste. Others include the combination of bananas, cocoa powder and almond butter to ensure the treat releases the same gooey texture as the original version.

Celebrity chef Jamie Oliver has developed a trending vegan chocolate brownie recipe that is “gooey, nutty and seriously chocolatey”. The UK resident uses sunflower oil, dairy free dark chocolate, self-rising flour, cocoa powder, golden caster sugar, vanilla pod, unsweetened soya milk and pecan nuts. He recommends serving the dessert with a side of vegan ice cream for that extra tastiness. Otherwise you can dress up the brownie with peanut butter parfait. Served in a jar, the brownie can be layered with vegan peanut butter and chocolate mousse, topped off with coconut whipped cream, vegan chocolate sauce, raw pecans and pistachios 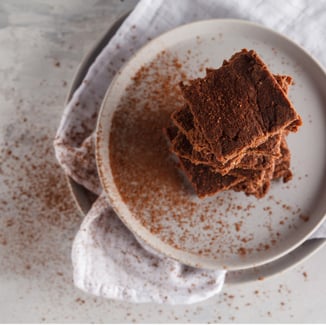 CHEESECAKE MINUS THE CHEESE – SAY WHAT?
Cheesecakes are commonly made with the base ingredients of cream cheese, sour cream, butter and biscuits. So, at first it may seem near impossible to convert this creamy slice of goodness into a vegan offering. But in fact, it’s easier than you may think, and many chefs are beginning to jump onboard. The filling for vegan cheesecakes can be made from silken tofu as it provides a rich but light flavour and texture and can be finished with whatever toppings your heart desires.

It’s also common to use blended cashews as a cheese replacement when it comes to the filling for cheesecakes. For example, for a cinnamon, peach and cashew cheesecake, the filling is created with raw cashews, lemon juice, coconut oil, coconut milk, maple syrup and peaches. Whereas the crust is made from pitted dates, almonds, cinnamon and salt. Vegan mango coconut cheesecakes also incorporates cashews for the filling after they had been soaked in water for a period of time and then blended. Nourished Wholefood Café  in New South Wales offer their customers a raw cheesecake option, which is made using tangy raw cashew cream, a nutty date base crust and a zesty lemon mango compote to finish it off.

MOUSSE
Mousse is known for its fluffy, light texture that’s both rich in flavour and versatile to serve on a menu. It’ss an all-time classic that is loved by all age groups, cultures and within all dining venues. So, turning the dessert into a vegan offering is important to ensure everyone doesn’t miss out on the palatable experience. Pumpkin mousse is becoming a hit amongst vegan customers as it offloads the same light and fluffy texture as dairy-filled mousse. The key ingredients in the recipe are  coconut yogurt or cream, pumpkin puree, maple syrup and vanilla.

Avocado chocolate mousse is also beginning to pop up on menus. The recipe has appeared on menus over the last couple of years, but only recently has it become socially accepted. Made from avocado, vegan chocolate chips or cocoa powder and dairy free milk, the end result is rich and silky smooth. Or for a simpler option, Girls & Boys Fitzroy in Victoria have created a raw blackberry torte for their customers. The offering is a smooth mousse filling made from blackberries, cashews, coconut and coconut cream.

THE FINAL SCOOP
So, while it may sound near impossible to turn dessert menu classics into vegan delights at the start, after some research and trial and testing, it proves to be possible. By simply switching out any animal products, such as milk and eggs, is a great place to start when it comes to developing tasty vegan desserts.